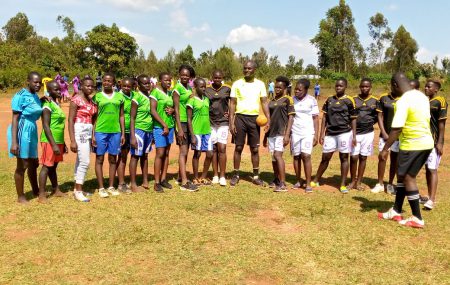 17 teams from Kisumu County and Siaya County participated in the first handball tournament hosted by our community partner EmpowerGirlsPlus (EGP) in Kisumu, western Kenya. It was an exciting day for the players and the host organisation. “This was the first time we organised a tournament for teams outside our community.  We made it a one-day event since it was our very first one. Some of the things might have not happened as we expected, but all in all we feel grateful and happy”, tells Ruth Moody – Director of EmpowerGirlsPlus. 300 participants attended the tournament, including relatives of the players. Four school teams and three community teams, which are part of EmpowerGirlsPlus’ sports activities in the community of Kisumu, competed in the tournament. END_OF_DOCUMENT_TOKEN_TO_BE_REPLACED 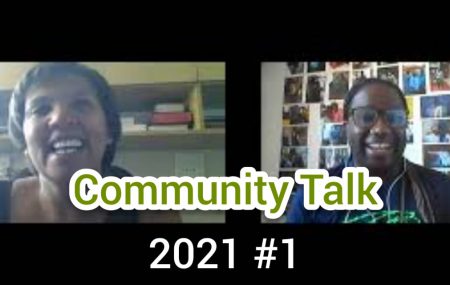 Sim talks to Louise from our community partner in Darling about the last year and the current situation in their programmes. Louise is positive and hopeful for this year. In terms of handball, Louise wants to grow the sport for youth in the community and implement it as a sport that also helps youth develop social skills. We look forward to supporting her and the Darling Outreach Foundation in 2020. 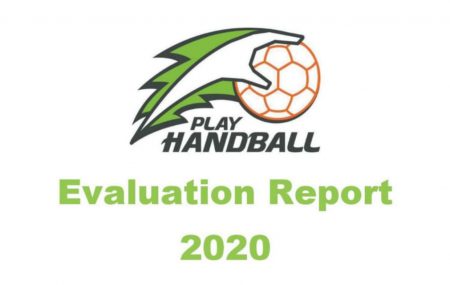 In 2020, we engaged with our close partner organisations and schools in South Africa and Kenya to assist us in understanding the effectivity of our programme offerings. We sent around a survey for them to complete. As our vision is “supporting a diverse and multi-inclusive sports environment through playing the team-sport of handball, and to impart self-esteem, skills and knowledge to the next generation”, it was important for us to understand the interpretation and translation of the relationship we have with our close partners. Through this evaluation, we reached 13 partner organisations from 11 different communities in South Africa and Kenya. To view the in-depth evaluation document which highlights our strengths, shortcomings, opportunities for growth together with recommendations for Play Handball, click here: 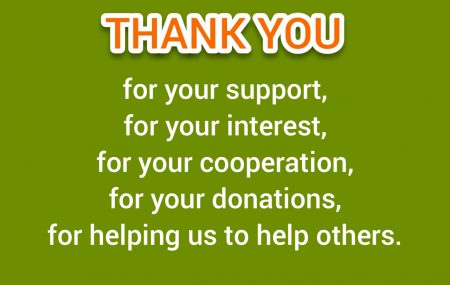 End of Year Message from our Founder Nicola

On behalf of PlayHandball and the whole team, I would like to thank you very much for your support, cooperation and interest in our work. This year for us, as for many others, went differently than planned. With the outbreak of the pandemic, many activities in our project countries South Africa and Kenya had to be stopped abruptly. At the beginning of April, all German volunteers had to leave their host countries with a heavy heart and return home within a month. At short notice, all sports group activities were stopped and schools were partially or even completely closed. Social life was at a standstill and the focus was solely on health. For us, as for many others, the extent of this was beyond our comprehension, and at the time we still hoped that everything would be over by September. But this was not the case. END_OF_DOCUMENT_TOKEN_TO_BE_REPLACED 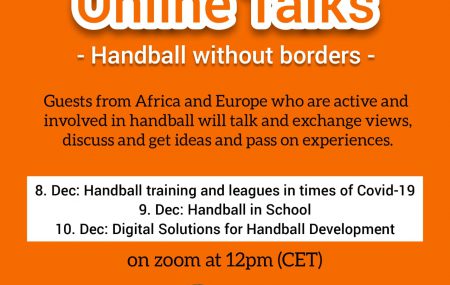 In January, the handball world will look to Egypt. For the first time since 2005 (Tunisia), the Men’s World Championship is back on the African continent. However, the continent has much more to offer when it comes to handball, such as the Play Handball (PH) project. And even though South Africa as well as Kenya, where PH is mainly active, are affected by Corona, the topic of handball is not forgotten here. Completely in the sense of distance regulations, PH’s work is also currently taking place digitally.

From 8th to 10th December the PlayHandball Online Talk – “Handball without Borders” will take place for the first time. In three rounds of talks over three days (each at 12 noon, German time), guests from Africa and Europe who are active and involved in handball will talk and exchange views, discuss and get ideas and pass on experiences. END_OF_DOCUMENT_TOKEN_TO_BE_REPLACED 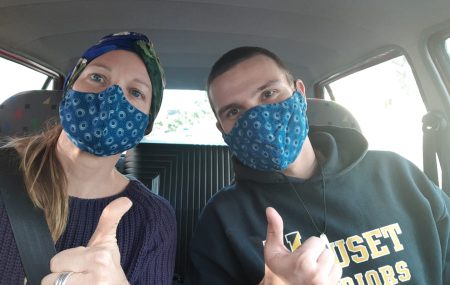 A year full of uncertainty, waiting and flexibility instead of experiencing South Africa as a handball volunteer.

The current situation of volunteers in times of the Covid-19 virus: This year is a year of waiting and uncertainty for many volunteers who had planned a year abroad. Not only for the PlayHandball volunteers, the departure is postponed indefinitely and there is a great deal of insecurity as to whether, when and in what form they can go.

Since the end of April, no volunteers have been in the country, neither in Kenya nor in South Africa. Due to the worldwide current Covid-19 virus, the PlayHandball volunteers, who were on site at the time, had to return to Germany with the German government’s repatriation flights. “Actually my parents wanted to come and visit me in mid-March and we wanted to travel together. On the day of their departure, they decided against it because of the Corona situation. A few hours later, I found out that I had to return to Germany. It was quite painful for me. I wanted to see my parents again, but definitely not under these circumstances,” reports Laura, who suddenly had to leave her host country within two weeks. But even for the upcoming volunteers, who were supposed to start their service at the beginning of September, the situation has not been easy since then. END_OF_DOCUMENT_TOKEN_TO_BE_REPLACED 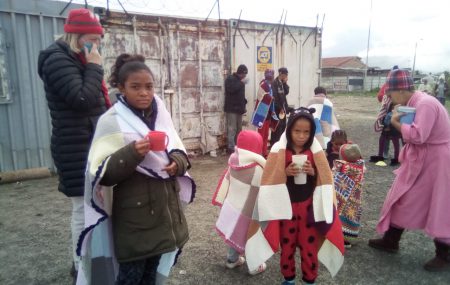 South Africa, for the first time in its history, had to lockdown the country in March 2020 due to the outbreak of the CoronaVirus, which was first identified in December 2019, in the city of Wuhan, in China. This affected all industries in many countries and many organisations had to pause their activities for the duration of the different levels of lockdown. As humanitarian work had to continue, many NGOs / NPOs were encouraged to continue operating using different strategies, which adhered to lockdown regulations. PlayHandball was no different. All sport activities came to a halt. As from the beginning of April (and for 26 weeks therefrom) PlayHandball supported families (in-need) with Corona-Aid-Packages, which included food parcels for both South Africa and Kenya where the core beneficiaries are. END_OF_DOCUMENT_TOKEN_TO_BE_REPLACED 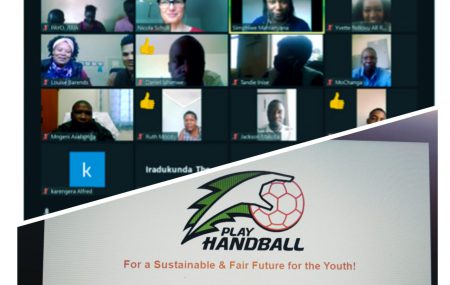 29 participants from four different African Countries enjoyed the presentations, the participative approach of this online training and the interaction with other coaches.

A powerful online programme combining life skills, sports and education during these uncertain times of the COVID-19 pandemic was conducted by PlayHandball South Africa and Kenya, with great support from ONE TEAM in Germany and PLAY HANDBALL Förderverein in Germany. 29 participants took part in the online training from four different countries – South Africa, Kenya, Rwanda and Zimbabwe. The training was held online on the 17th, 18th, 25th of September and 1st of October 2020.  It was designed for teachers, community workers and coaches to create a platform of learning, support and knowledge exchange for all those who work in remote and disadvantaged areas with children. The aim of the training was to, “equip coaches with the skills to become change makers and responsible, active citizens in their communities by using handball as the tool for development”.  END_OF_DOCUMENT_TOKEN_TO_BE_REPLACED 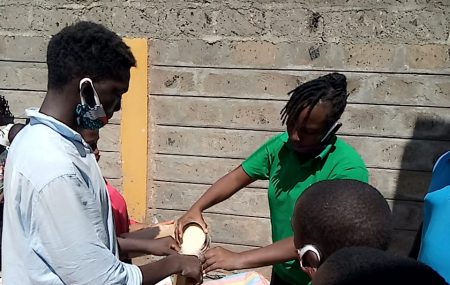 Update PHKE: In every challenge there is always something we can do as a sport for development organisation

It’s a tough time for the world due to Covid 19. And this has not left Kenya behind. Carol Nange, PlayHandball co-ordinator in Kenya gives a report.

Having the majority of the population depending on hand to mouth lifestyle, they are under pressure since most jobs have been closed down, working far from home is impossible due to high transport cost as the numbers to be accommodated in a bus have been reduced by half. Which has made it even more difficult to comprehend the situation. Cases are rising day to day, as much as we as the nation are trying any possible means to bring the curve to its knees. END_OF_DOCUMENT_TOKEN_TO_BE_REPLACED 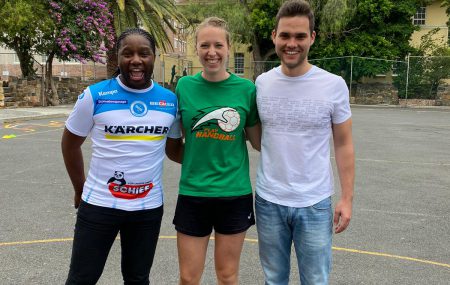 Handball is all about community. In times of the worldwide corona crisis more than ever. For this reason the Wild Boys from TVB Stuttgart decided to support the organisation PlayHandball in Africa. This is done within the framework of the social initiative of the TVB, “Die Blaue Brücke” (Blue Bridge). Since January 2020, all TVB employees have donated 1% of their salary to social causes. END_OF_DOCUMENT_TOKEN_TO_BE_REPLACED