Sport unites Jordanian and Syrian children with and without physical disabilities

In cooperation between the German Olympic Sports Confederation (DOSB), the German Society for International Cooperation (GIZ) and the Jordanian Ministry of Education as well as the relevant Jordanian and German sports associations, manuals for the sports basketball, handball, Ultimate Frisbee and football have been developed to support the future local coaches and teachers in integrating sport for development methodology into their trainings.

Play handball founder Nicola Scholl, assisted as a handball development expert on behalf of the DOSB in the creation of these manuals and travelled to Amman in November for the official handover of them. During an integrative sports festival in Amman with around 120 Jordanian and Syrian children with and without physical disabilities, the “Sport for Development” manuals were officially handed over to the sport associations and the ministry by the German ambassador Birgitta Siefker-Eberle and DFB vice-president Dr. Rainer Koch. A special highlight for the children was the visit of a real Olympic champion. Since 2016, fencing Olympic champion and world champion Britta Heidemann has been supporting the DOSB and the BMZ as Ambassador “Sport for Development”. “Sport is not only competitive sport – in Jordan and many other countries, various types of sport are specifically used to promote disadvantaged children and young people, impart values, knowledge and social skills to them and make a contribution to development goals such as education, health, peace and gender equality.

Prior to the Integrative Sports Festival, Nicola and Ultimate Frisbee expert Johanna von Toggenburg exchanged experiences with Jordanian S4D instructors and participated in a GIZ Youth Leaders Workshop. There they shared their experiences, whether in building Ultimate Frisbee in Lebanon or using handball to promote environmental awareness in South Africa, with 30 youth leaders aged 15 to 18, to give them new ideas and impressions for their activities as young coaches.

The Handball Manual (direct download) and the other manuals are available for download here in English and Arabic: Toolkit Sport for Development 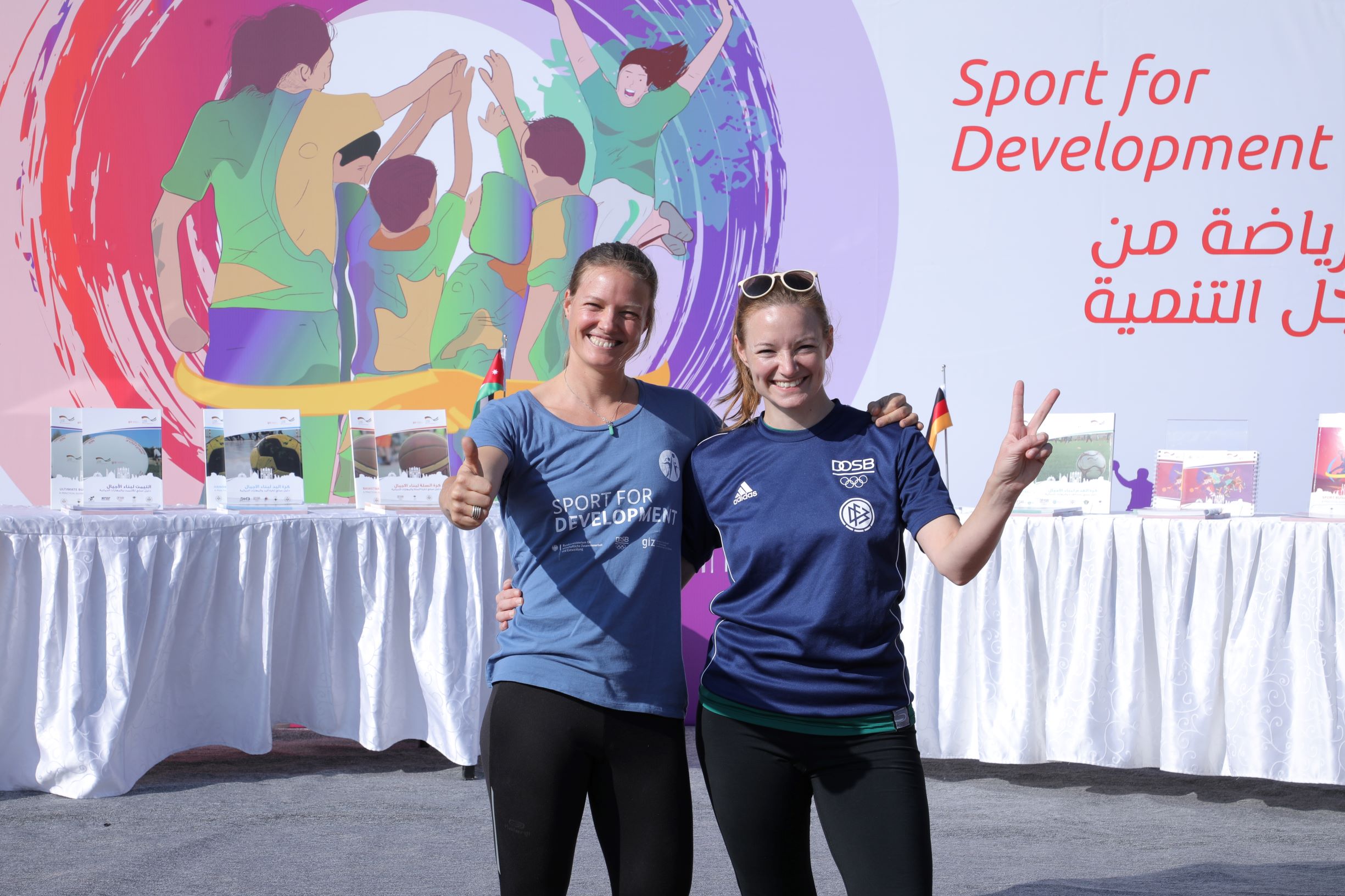 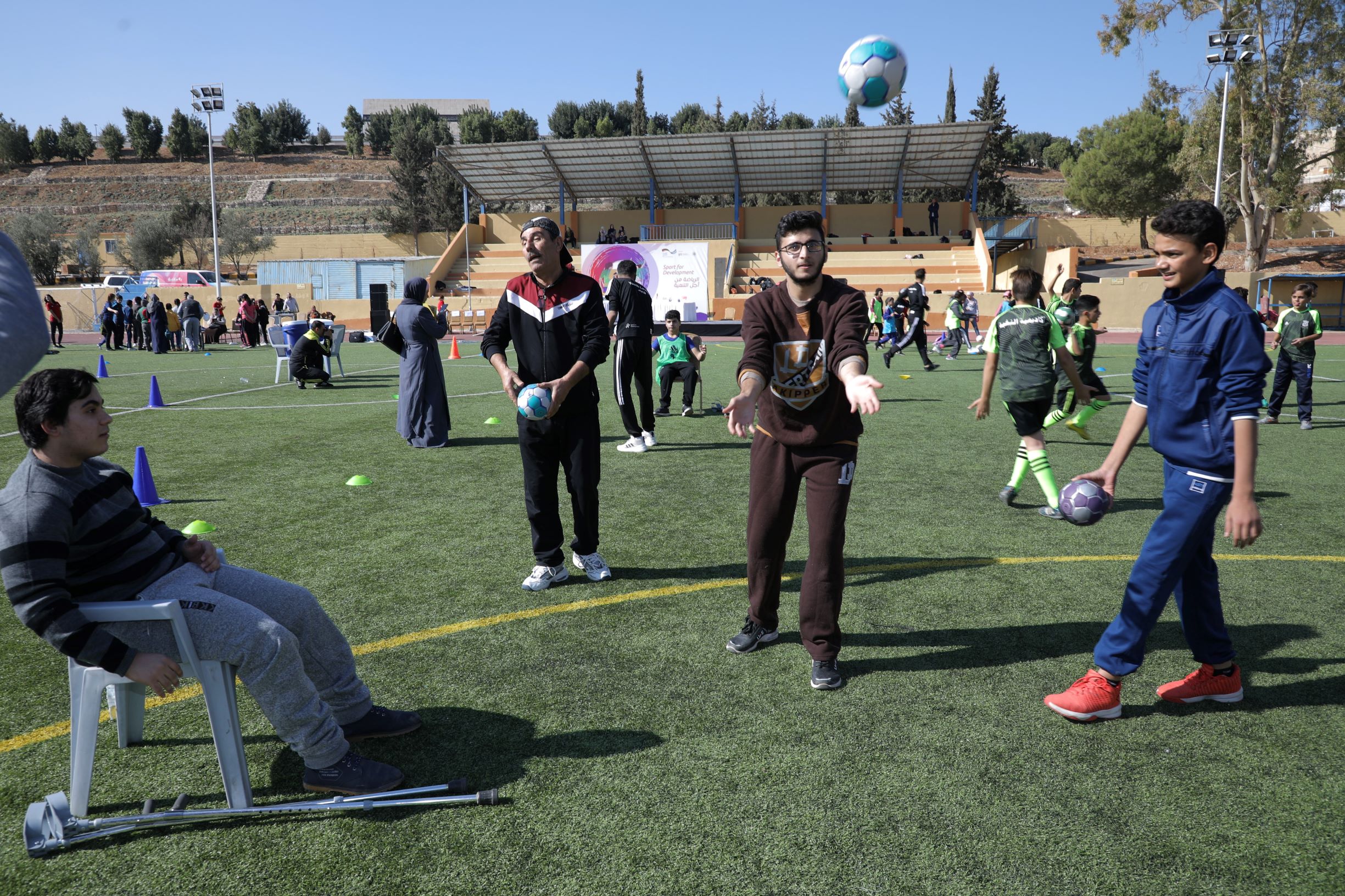 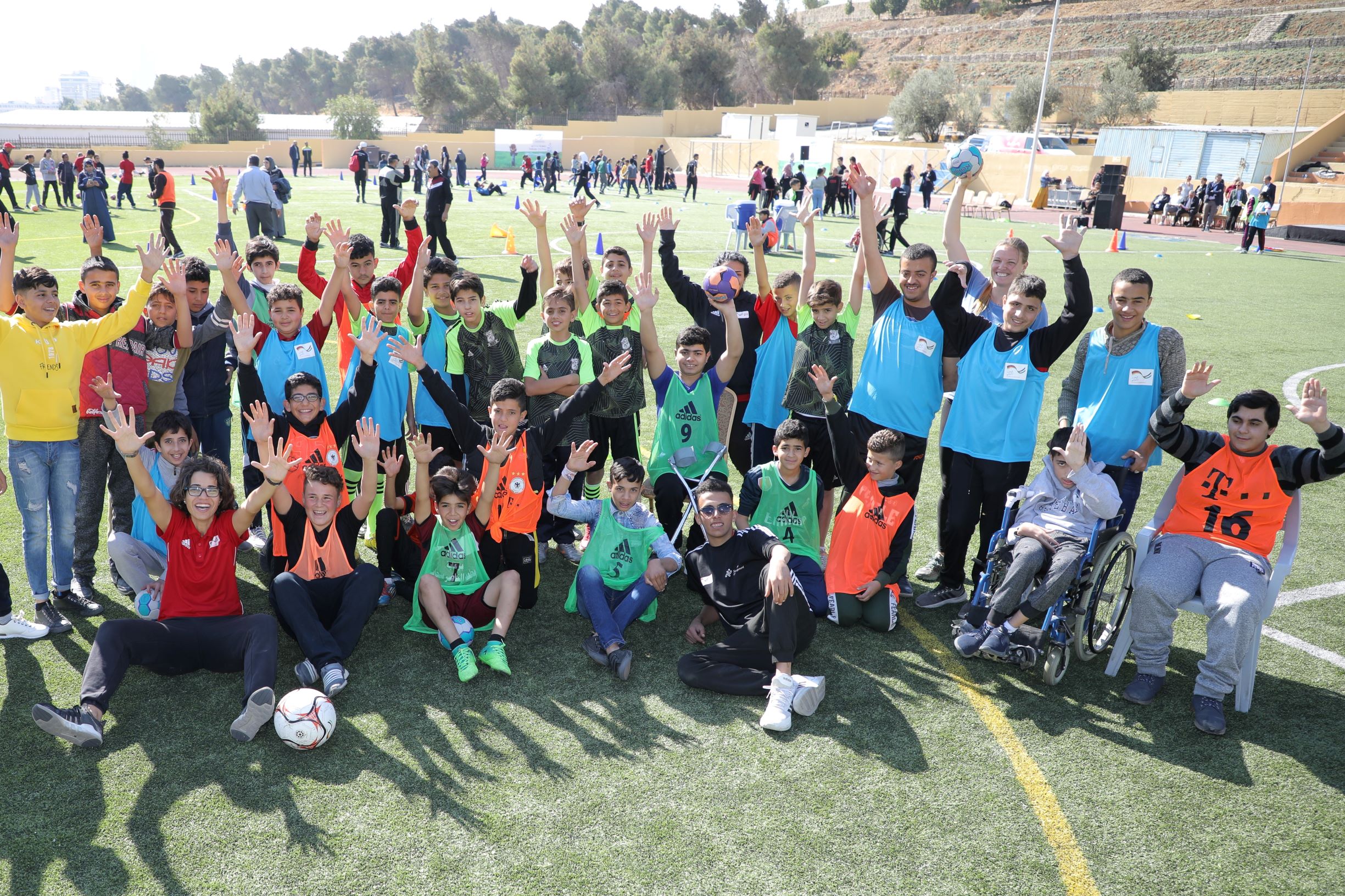 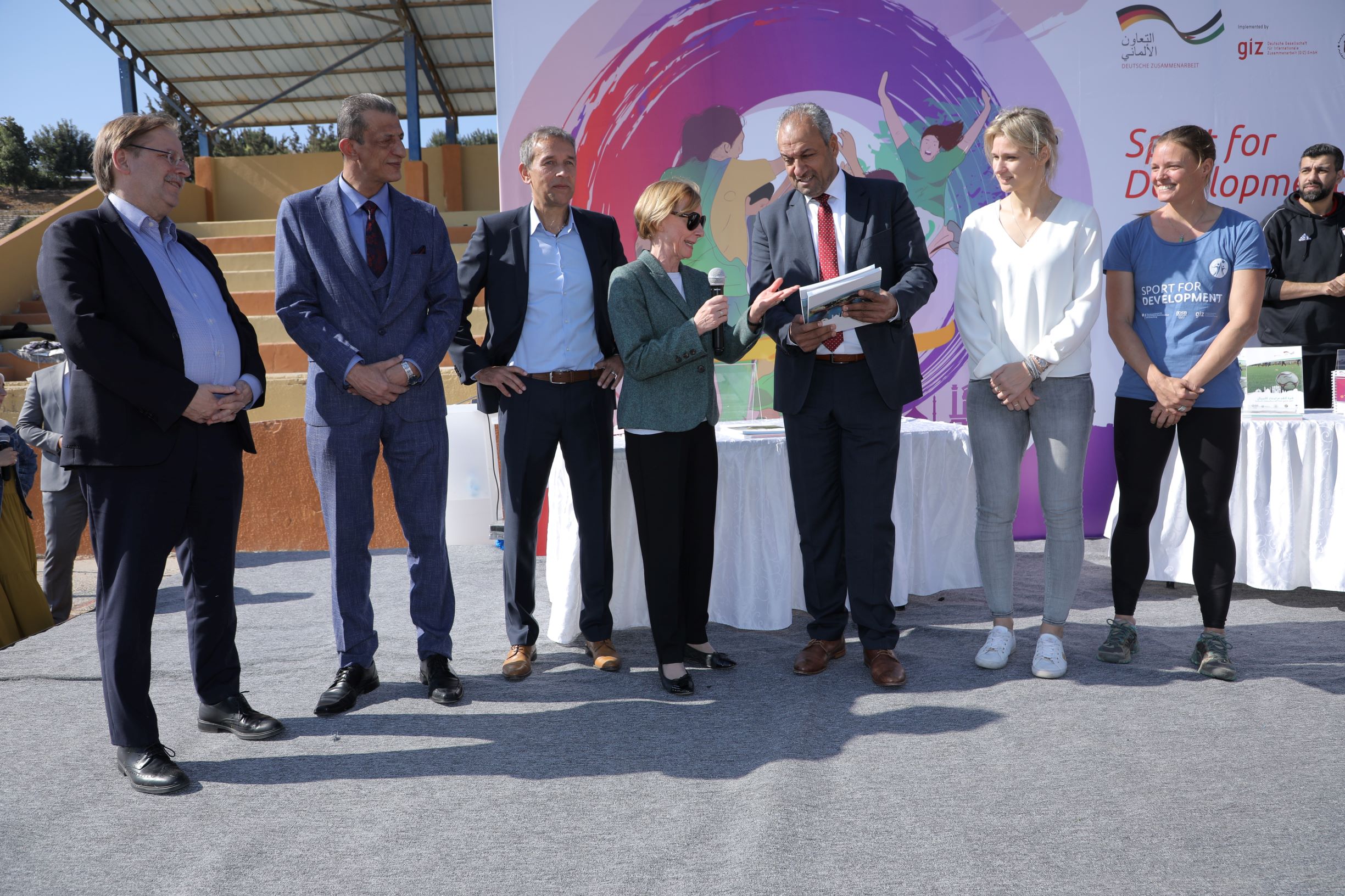 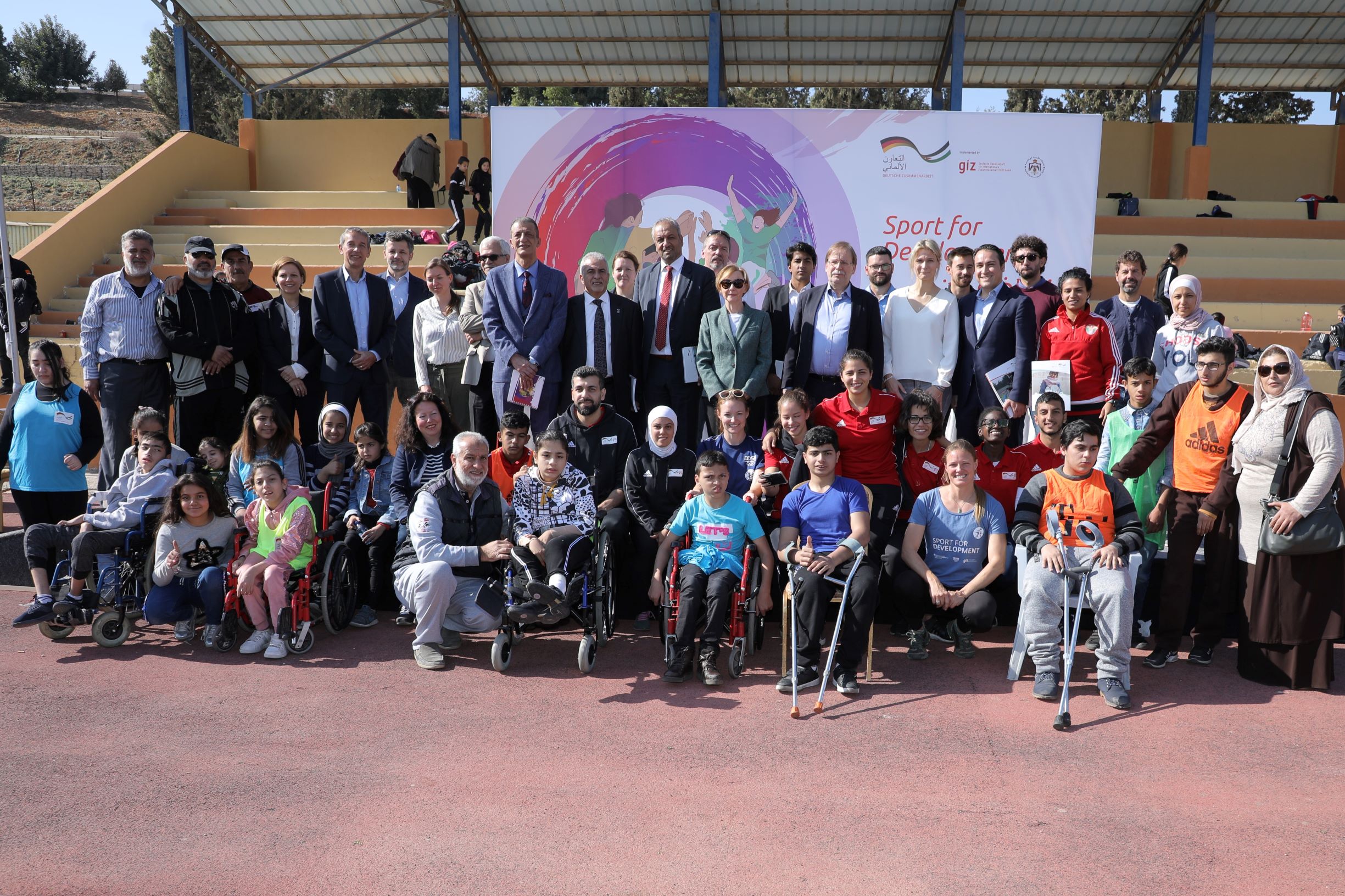 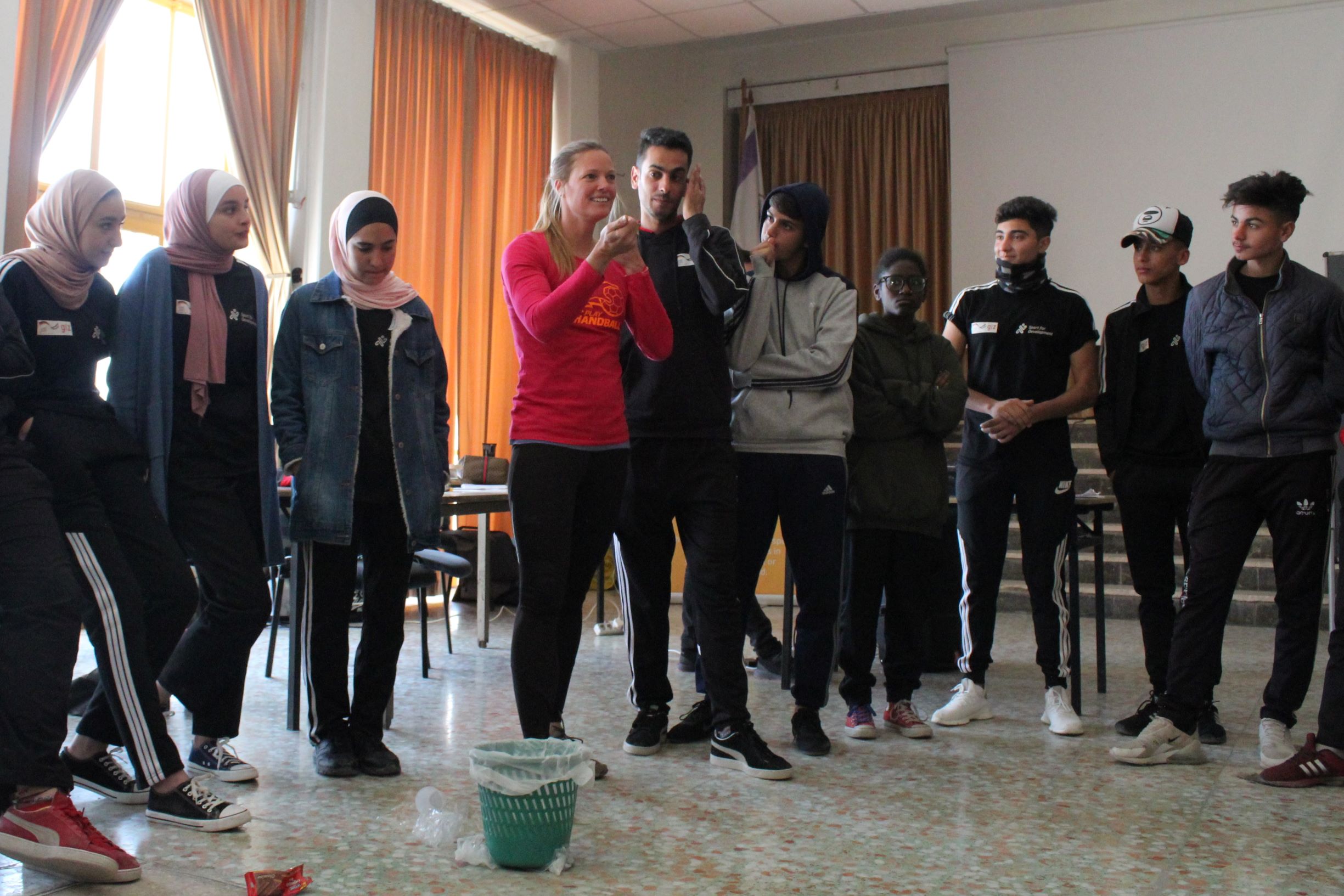 The measures in Jordan are part of a broader cooperation between BMZ and DOSB. Under the umbrella of “Sport for Development”, the German Federal Ministry for Economic Cooperation and Development (BMZ), GIZ and DOSB are promoting the development of children and young people in emerging and developing countries through joint projects. Sport is used specifically to promote values such as respect, fair play and team spirit, to set educational incentives and to make a contribution towards achieving the sustainable development goals of the United Nations. In this way, knowledge on topics such as peacebuilding, health education, environmental protection or gender justice can be conveyed well in the context of training.