PLAY HANDBALL ZA (PHZA) inspired over 150 children at the 4th SuperCup to be fair on the field and beyond. 15 school and community teams from Cape Town all the way to Piketberg and Franschhoek took part in this educational tournament. Mr M. Hansen the German Consul in Cape Town, Mr R. Larney from the Western Cape Education Department (WCED) and Mr A. Pole the President of the South African Handball Federation (SAHF) honoured the tournament with their presence and an opening speech.

The PLAY HANDBALL Supercup is unique in its kind and is the first Handball & Environmental Tournament Series in South Africa. The aim is to enhance environmental awareness among our youth, to bring children from various backgrounds together and play handball. PHZA hosted the 4th PLAY HANDBALL SuperCup on the 30th of November 2019, at the German International School in Cape Town. The youth aged 10 to 14 years competed in two  groups:  Mix U14 and Mix U12. “We were happy to receive such a big number of applications from different Primary Schools from Langa, Atlantis, CBD, Franschhoek all the way to Piketberg.”, summarized Simphiwe Mahlanya, Project Coordinatorof PHZA. The winners of the day were in the U12 group – a new team competing this year (Saxonsea Primary School) while the U14 Mix group was won by the German Int. School (DSK).

Besides raising awareness for environmental friendly behaviour, the aim of the SuperCup is to promote enjoyment of playing sports, inclusion and equality & diversity to contribute to building a peaceful, responsible and active society starting with the youth by using sport to enhance positive social behaviours. “Our values are the heart of the whole competition and influence the interaction of players in the court and beyond. Therefore, they define all rules and regulations, the formation of the teams as mix teams, and the scoring system. This year we implemented – for the first time – a Fair Play Score Card to evaluate the social behaviour and team spirit of the players”, explains Nicola Scholl, Director of PHZA, the social value behind the Supercup. This year’s Fair Play Prize was received and won by the DSK team.

A lot of interaction was seen not only on the field, but also at the four eco-trail stations where the youth was educated about worm farming, composting,  recycling and played climate action and water saving games out of the PLAY HANDBALL “Fair Play for the Environment” Manual. Candice Mostert from Waste-ED, who ran the eco-trail was impressed by the involvement and interest of the players: “The youth were all so amazing. There was a real competition to be the most active recycling player! The youth did so many Ecobricks that day and we cleaned up the whole venue. No litter left!”

Not only was the day successful but it was educative and a highlight to most. “The youth is the future of this world – we saw a lot of that at the SuperCup where youth showed leadership, active citizenship and accountability for their actions”, comments Mahlanya.

A special event at this tournament, was the visit of the Mozambican Men Handball Champions from Malongane. They took part over the weekend in a Senior Tournament against teams from Cape Town and Zimbabwe and played an exhibition game before the finals against an All-Star team of Prince Edward School from Zimbabwe and Thunderbolts Cape Town.

The tournament series started in 2016 with support from the Konrad-Adenauer-Foundation (KAS), to raise awareness for climate change and support environmental education and cohesion through sport. Since then, PHZA has reached over 1500 young people between ages 10 to 16 years old in South Africa and even Kenya.

Details of the tournament:

Special Thanks to Partners: Western Province Handball Association (WPHA) to support with Referees and Table Officials and DSK for hosting the tournament. 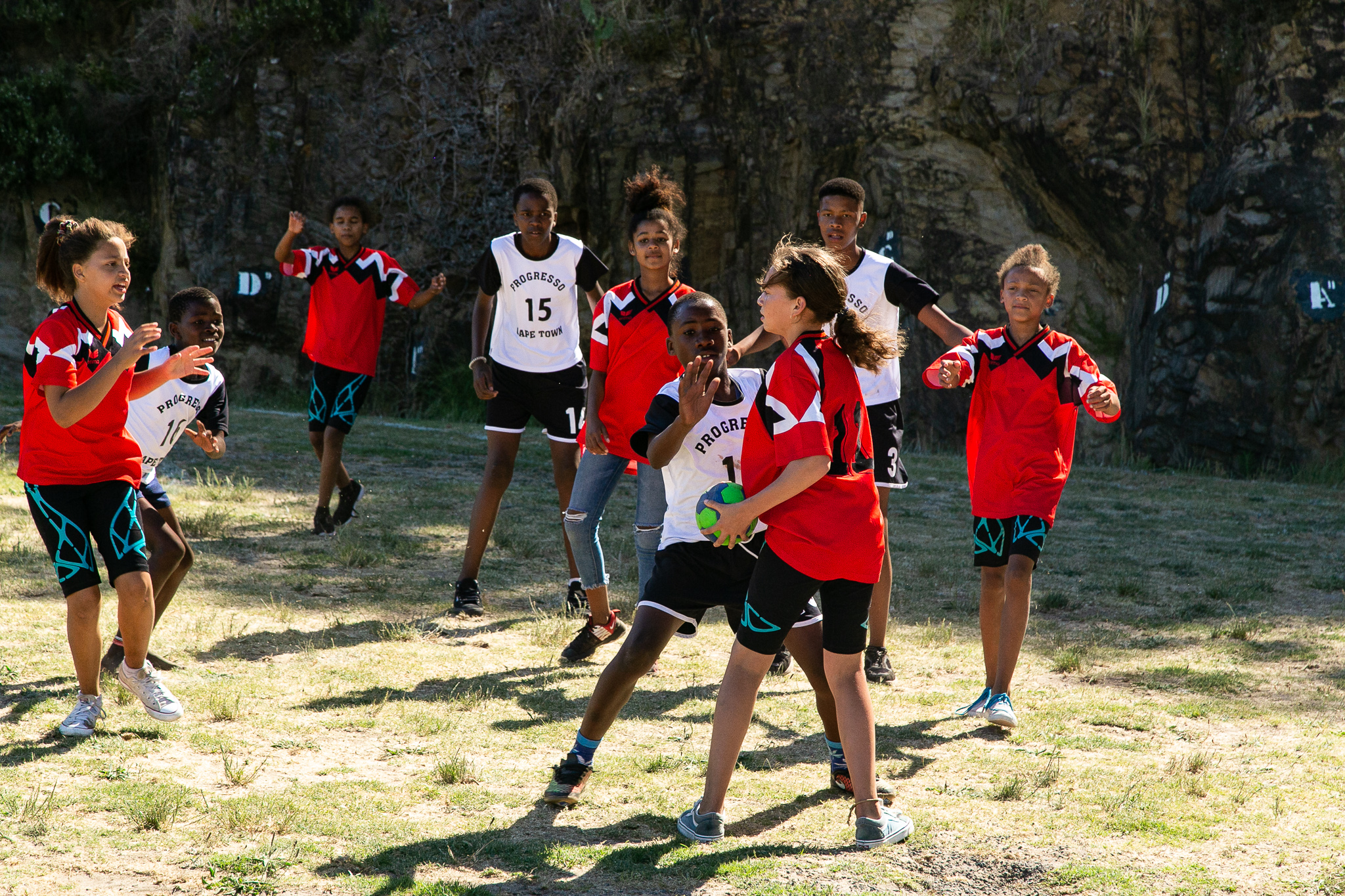 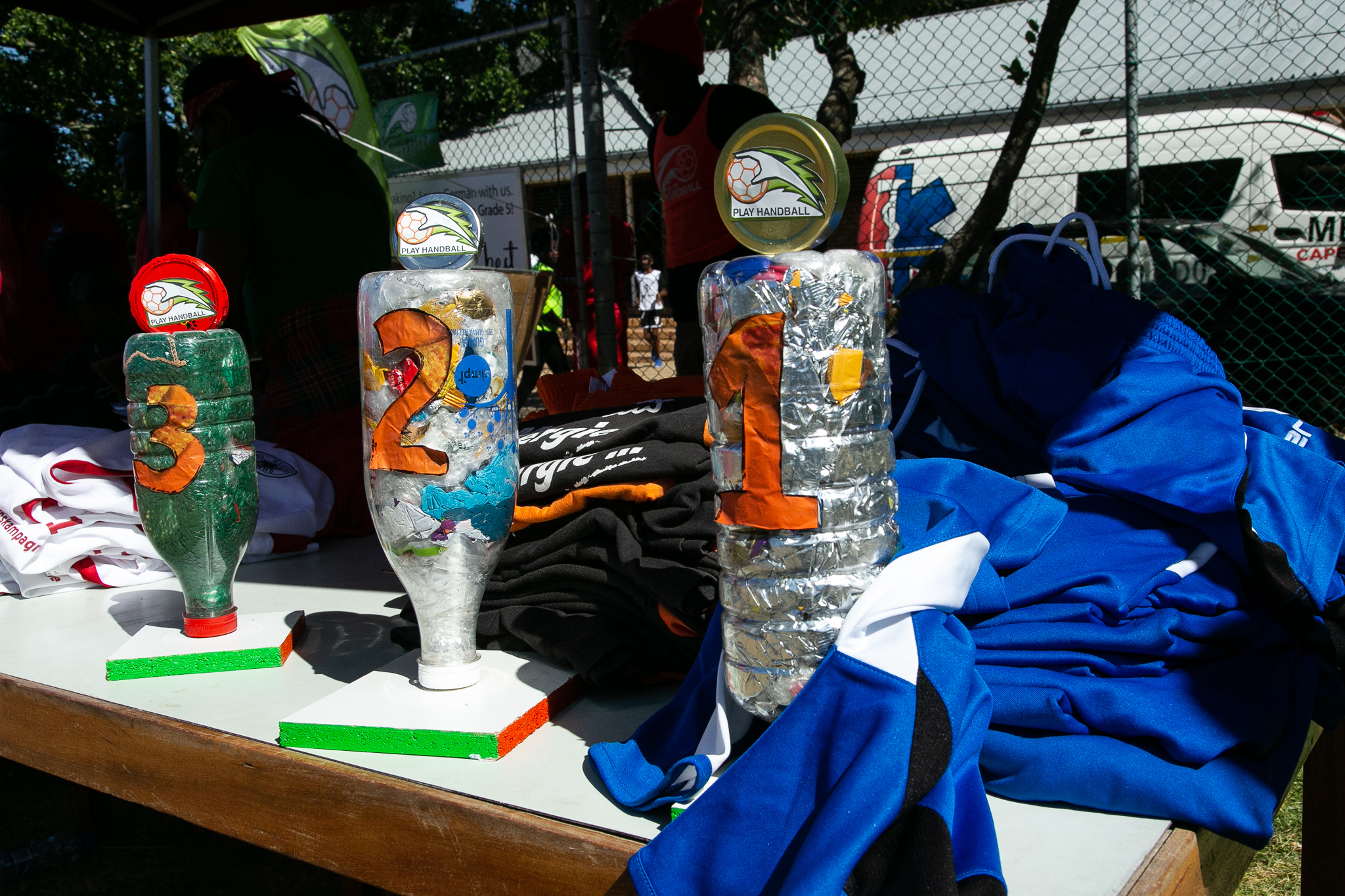 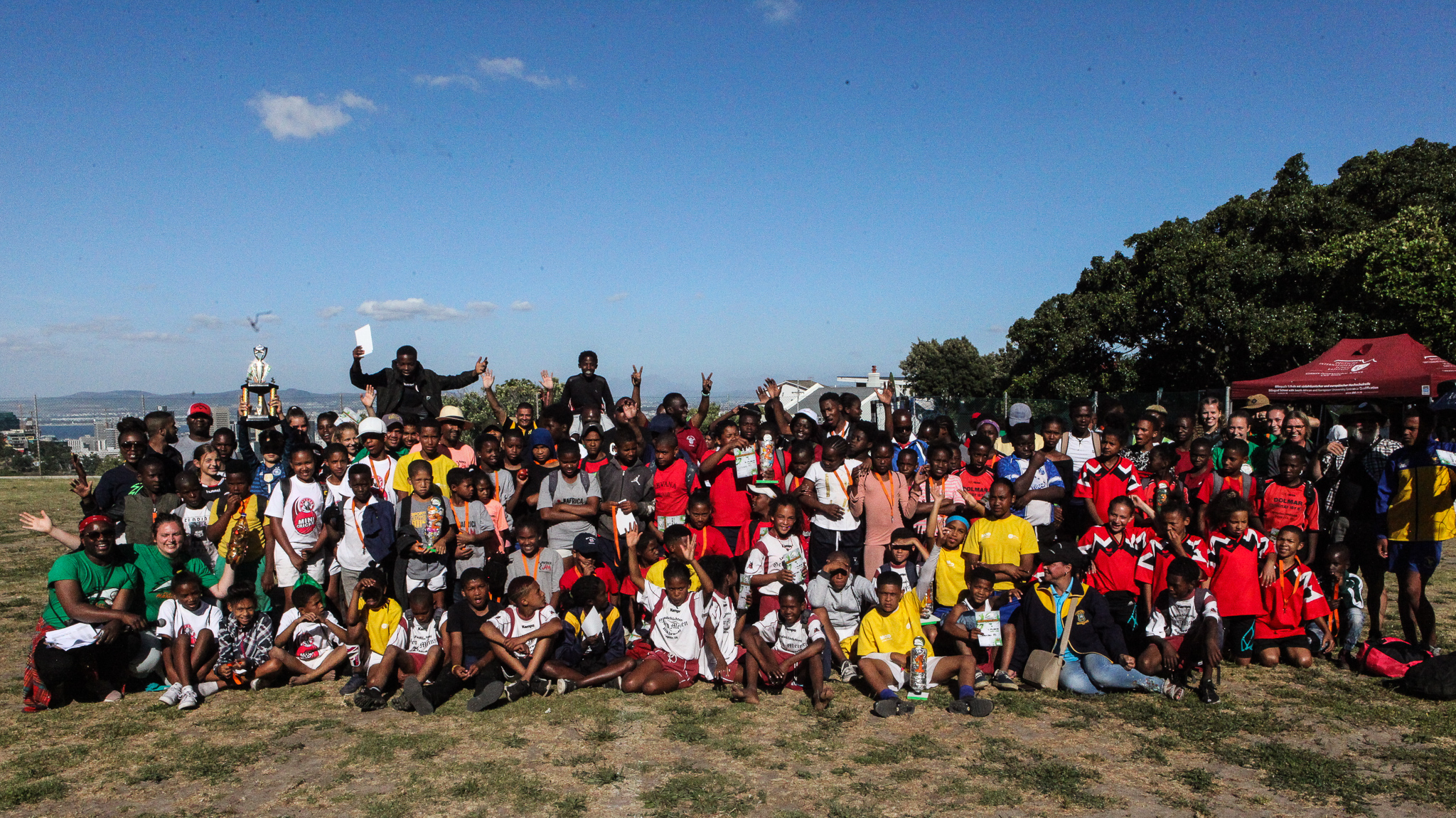 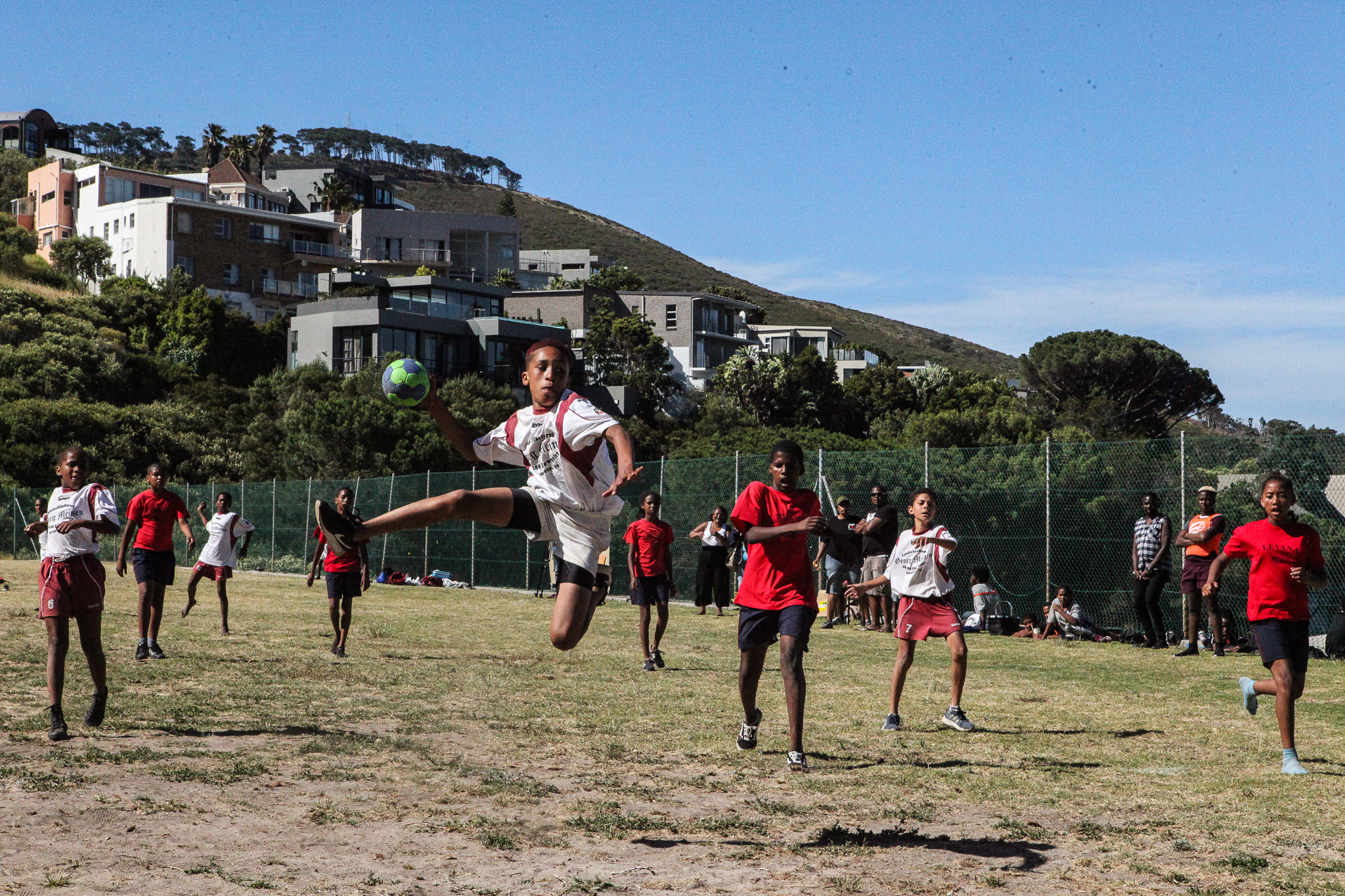 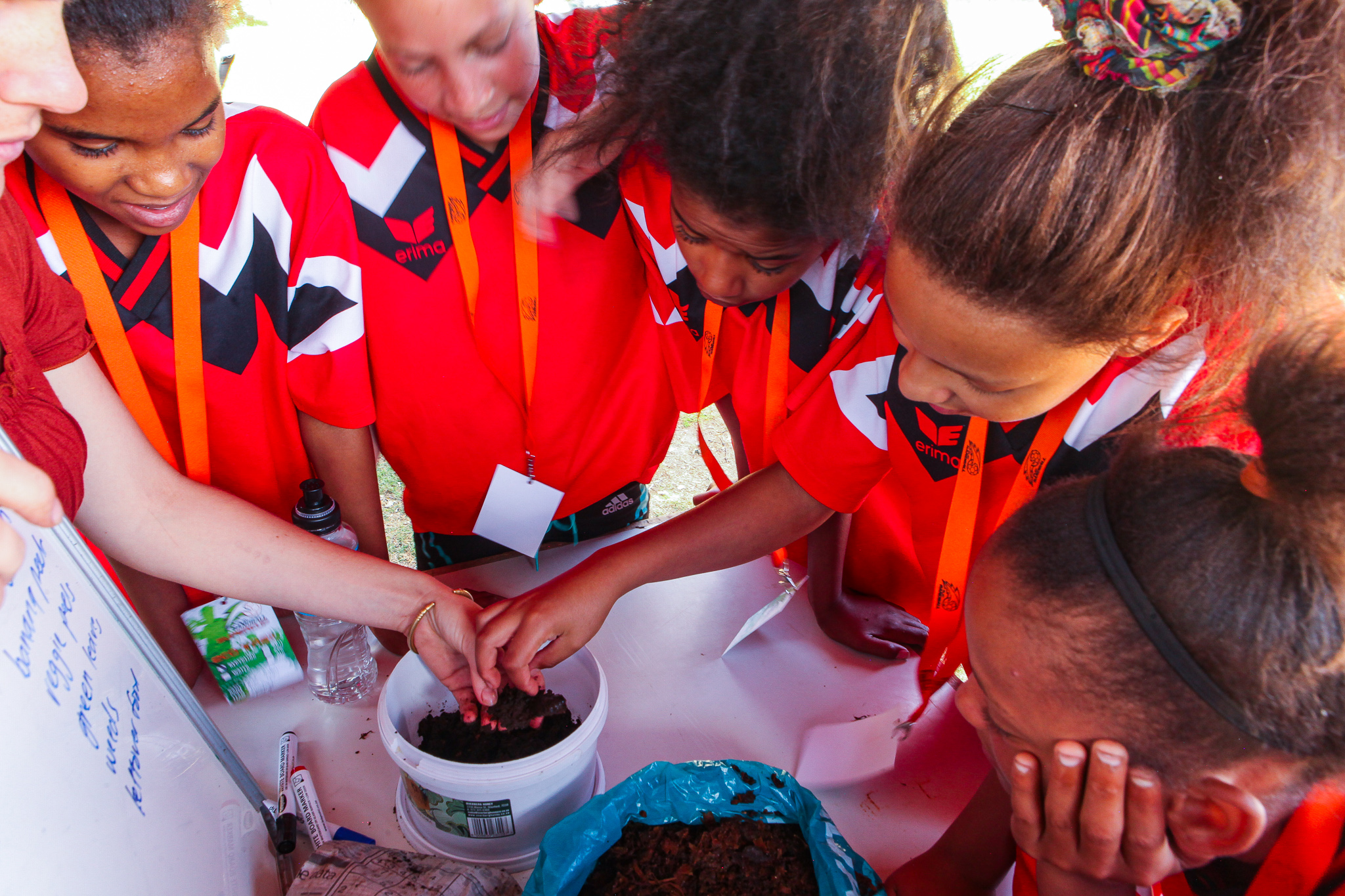 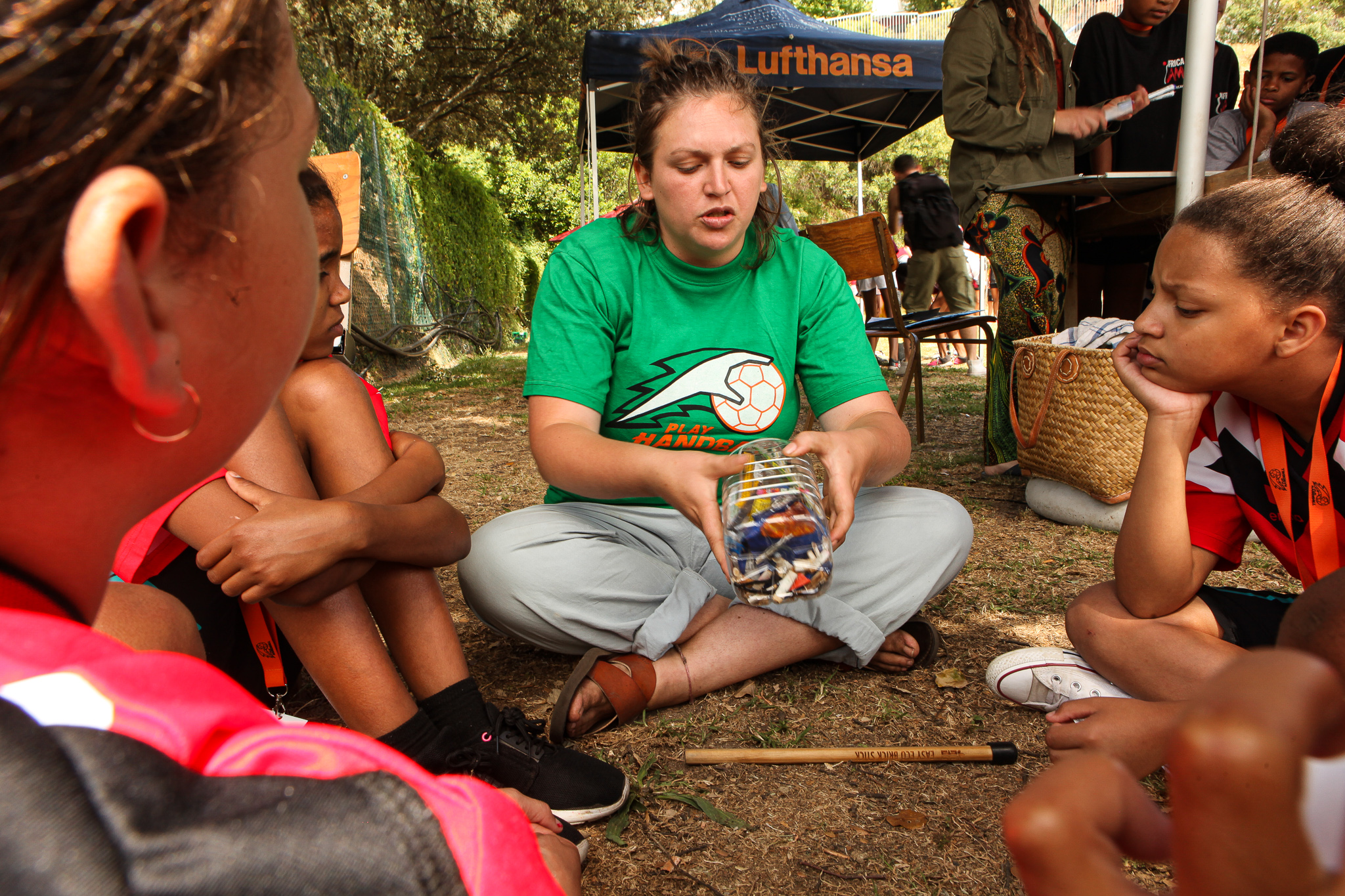 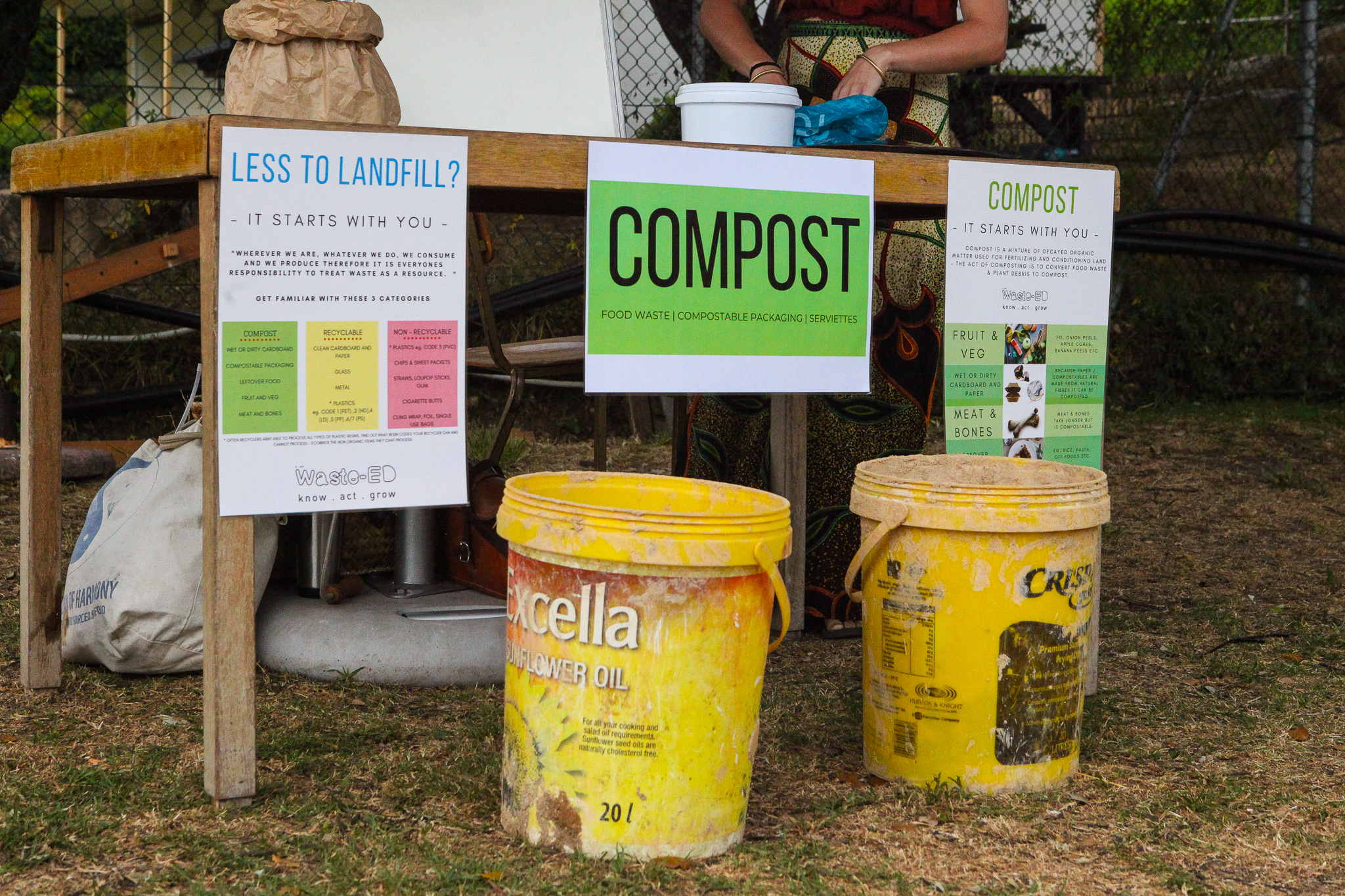 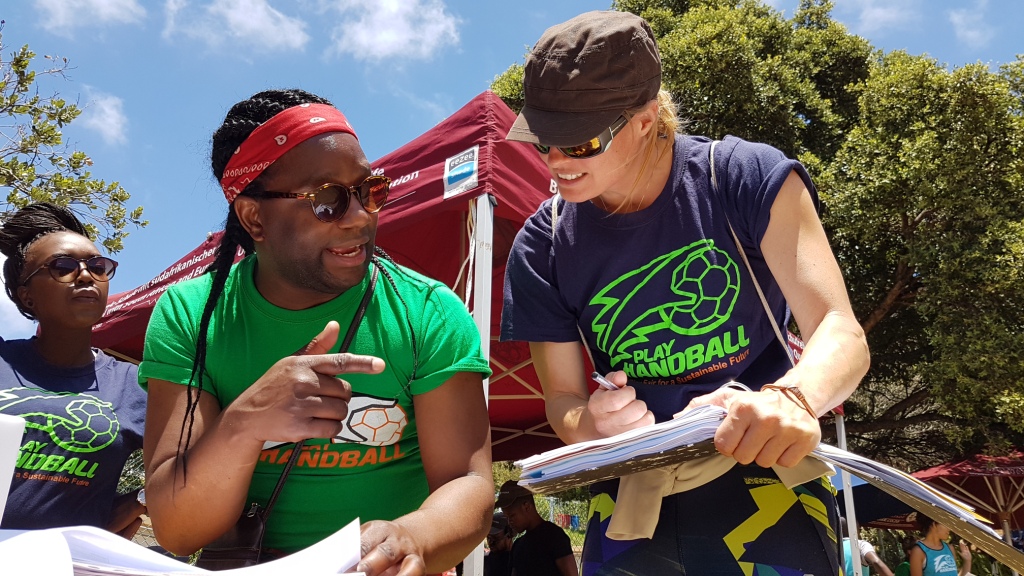 More in this category: Lars tells of his experiences as a volunteer in Darling » Kick-off-Weekend of the Trilateral Youth Coaches Exchange » Re-launch of the Weltwärts Volunteer Program in Kenya and South Africa. » Handball is growing in Kisumu County – 17 teams at first county tournament in by EmpowerGirlsPlus » Community Talk with Louise Barends from Darling Outreach Foundation in South Africa » Play Handball Corona Aid helps over 1000 people in South Africa and Kenya. » Midterm-Seminar and Partner Meeting » Hanna reports from her experiences in 2 different communities around Cape Town » Press Release – Play Handball SuperCup 2019 in Cape Town » Laura tells of her experiences as a volunteer in Cape Town » From Blomberg to the Cape – As volunteer coaches in South Africa » Meet The Volunteer: Sophia experiences township life in Jo’burg » “I am, You are, We are South Africa!” – Ubomi Children Camp July 2019 » Interview with our Swiss volunteer Daniel Schettler » Handball is an universal language – Play Handball at Karookop Primary School » Interview with Thabang from Franschhoek Community Sport Centre » Supercup inspires over 450 children in Africa » With Handball active for a climate change – Play Handball Supercup 2018 in Delft, Cape Town » Play Handball Supercup 2018 in Benoni » Super handball action at the Sinaba Stadium in Daveyton » Karibu Kenya! Play Handball Supercup in Kisumu » Handball for UNSDG13 Climate Action – Workshop & Clean-Up » Donation Campaign of Kim Ekdahl Du Rietz brings about 30 000 Euro » Interview with the volunteer Matti Schubert » Learners embrace new sport » Handball is a new sport in the farming area of Piketberg » First ever PLAY HANDBALL Junior Cup in Stellenbosch » VOLUNTEER INTERVIEW with SIMON UTTKE » Get your own Calendar of “Memories of Joy and Unity with Handball” for your donation of 25€ and more » Conclusion ‘Play Handball’ 2017 » Using Sport to raise awareness for Climate Change! » Interview with Michael Haaß (HC Erlangen, World Champion 2007) – “Handball and Sport in general open doors for your life.” » The 1st climate-neutral handball tournament series in South Africa » PLAY HANDBALL SuperCup on the 29th of October 2016, in Johannesburg and on the 19th of November in Cape Town, » PLAY HANDBALL SuperCup on the 24th of April 2016 at the German International School in Tamboerskloof, Cape Town. » STREET UP YOUR HANDBALL – Developing communities around South Africa with and through handball » SolarWorld powers Handball in South Africa » THE START OF A NEW HANDBALL VOLUNTEER PROGRAM » GIRLS HANDBALL DAY – TRAIN WITH THE PROS PROMOTING fun, health, passion and multi-cultural cohesion » Halftime for the handball development project of the German Olympic Sports Confederation in partnership with the South African Handball Federation in the Western Cape » Partnership for handball development between Germany and South Africa: Short-term handball development project financed by means of German Federal Foreign Office »
Previous Post Sport unites Jordanian and Syrian children with and without physical disabilities
Next Post Jasper is one of the first volunteers in Kenya and reports from his experience