Martin Berger is an A-license coach and currently on a handball world tour. With his initiative Handball.Inspires he also supports Play.Handball with coaching education and his network from Germany and around the world, and is now directly on site with us in Kenya and South Africa.

In February Martin visited us in Kenya. During his six weeks in the country, Martin not only supported our junior coaches in Juja, Kisumu, Narok and Machakos in their training planning and execution, gave a D-license advanced training for coaches in cooperation with the Kenyan Handball Federation, but also got to know the country and the people, among other things by cycling through Juja or climbing Mount Kenya.
In Juja, Martin visited our partner Pendo Amani Youth Organisaton and gave Simon and Panfied tips on training. “Through his help [I also learned] a few more methods, which I will be able to use throughout the sessions in the future. The training itself was mainly focused on getting the students to identify more with the actual game of handball. We noticed that the kids were often still afraid of touching when it came to defending. So we also included a lot of defensive exercises in the training, where the kids could slowly get used to the so typically physical defending in handball”, reports Simon, our volunteer in Juja.

After Juja and the 3-day coaches’ course with over 30 participants, Martin traveled to Narok for the Massai Handball Camp, about which he will give us a small impression in the following:
“On Monday, the PlayHandball team of Carol, Emily, Viktor, Bryan, Simon and Martin arrived in Narok. We were able to meet the pedagogy and counselor team on site and draw a roadmap for the camp together. The following 3 goals were to be set: To teach sports content with handball, to promote creativity off the field and to consolidate the team spirit.
We were able to focus on the sportsmanship of the participating students of the school in the middle of the Massai Mara over one or two training sessions a day. We started the training with a review of what they had already learned and a coordinative or playful warm-up. After that, the focus was on game skills exercises. We learned passing, catching, throwing and moving with ball and discussed and demonstrated different techniques. At the end of the two-hour training session, we tested what we had learned in practice with competitions in the exercises or games. It is especially worth mentioning that the children often practiced the techniques such as catching or passing independently afterwards and also had internalized correction words after only a few days. “If you want to catch the ball at the top, shape your hands like you’re holding binoculars! Correction: binoculars!” Then we talked about handball – rules , positions , tasks were explained and these were made more accessible in a video review with examples from the stars.
We then developed creativity with a talent show. For this we formed three groups and gave each of them the task to present a small cultural program at the end of the week. For this, the groups first talked about ideas and possibilities and then rehearsed the show over the days. Since music and movement is a big part of Kenyan culture, all three groups decided to prepare a dance. This allowed everyone to showcase their talents and see how great it is to work together as a team to develop something creative.
We were able to promote teamwork through joint history lessons at the self-organized campfire or our Fun Night, where various team competitions were on the agenda. Everyone involved visibly had fun and enjoyed meeting the challenge as a team.
In conclusion, the first handball camp in Narok was a complete success and it was not only a great pleasure for the students, but it was also a great experience for me.”

From Kenya, Martin is off to South Africa, as his final stop on his handball world tour. What he will experience there and how he will support us there we will report in the next newsletter.

You can get more impressions of his trip on the Youtube channel “Handball Inspires”. 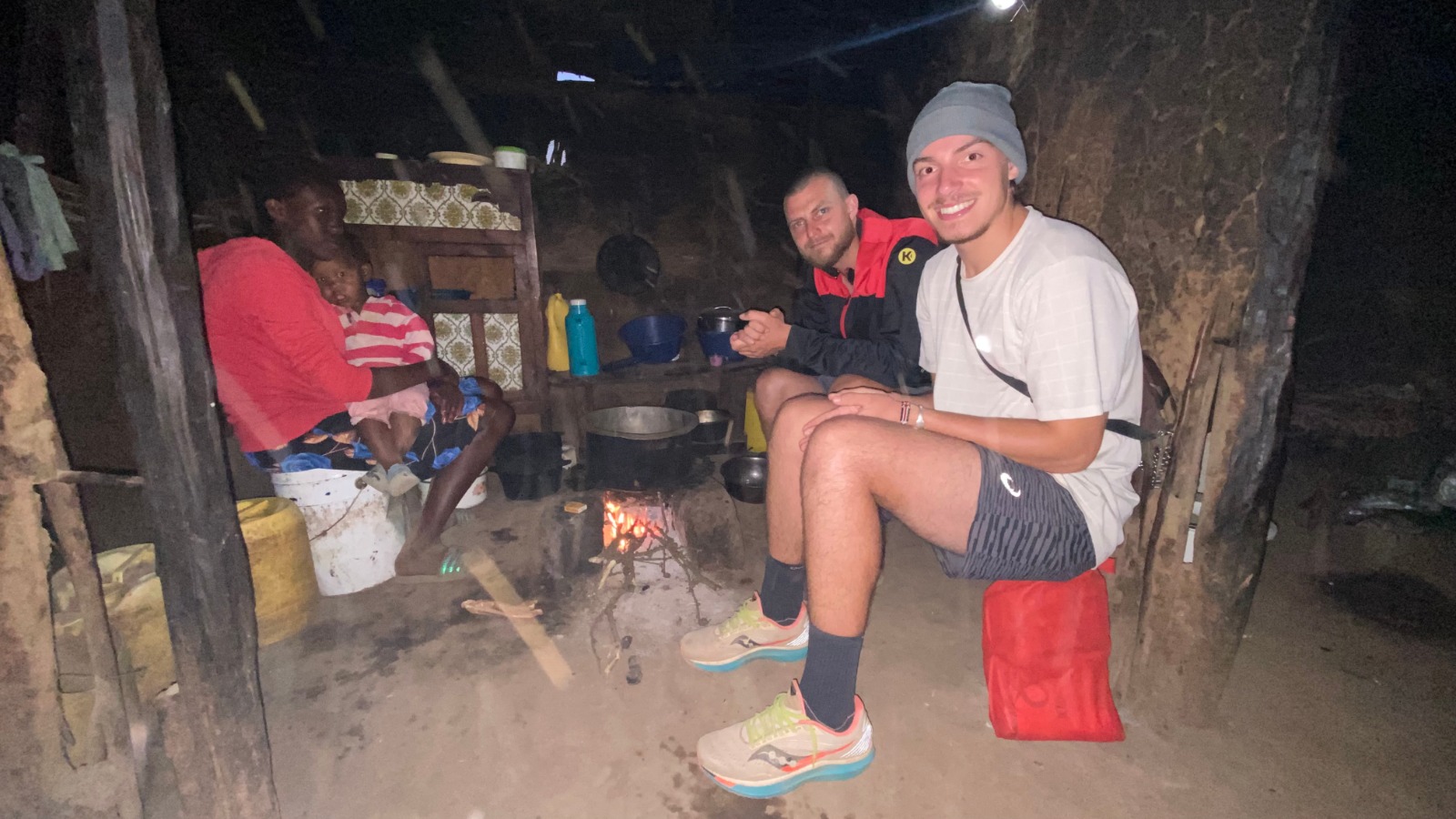 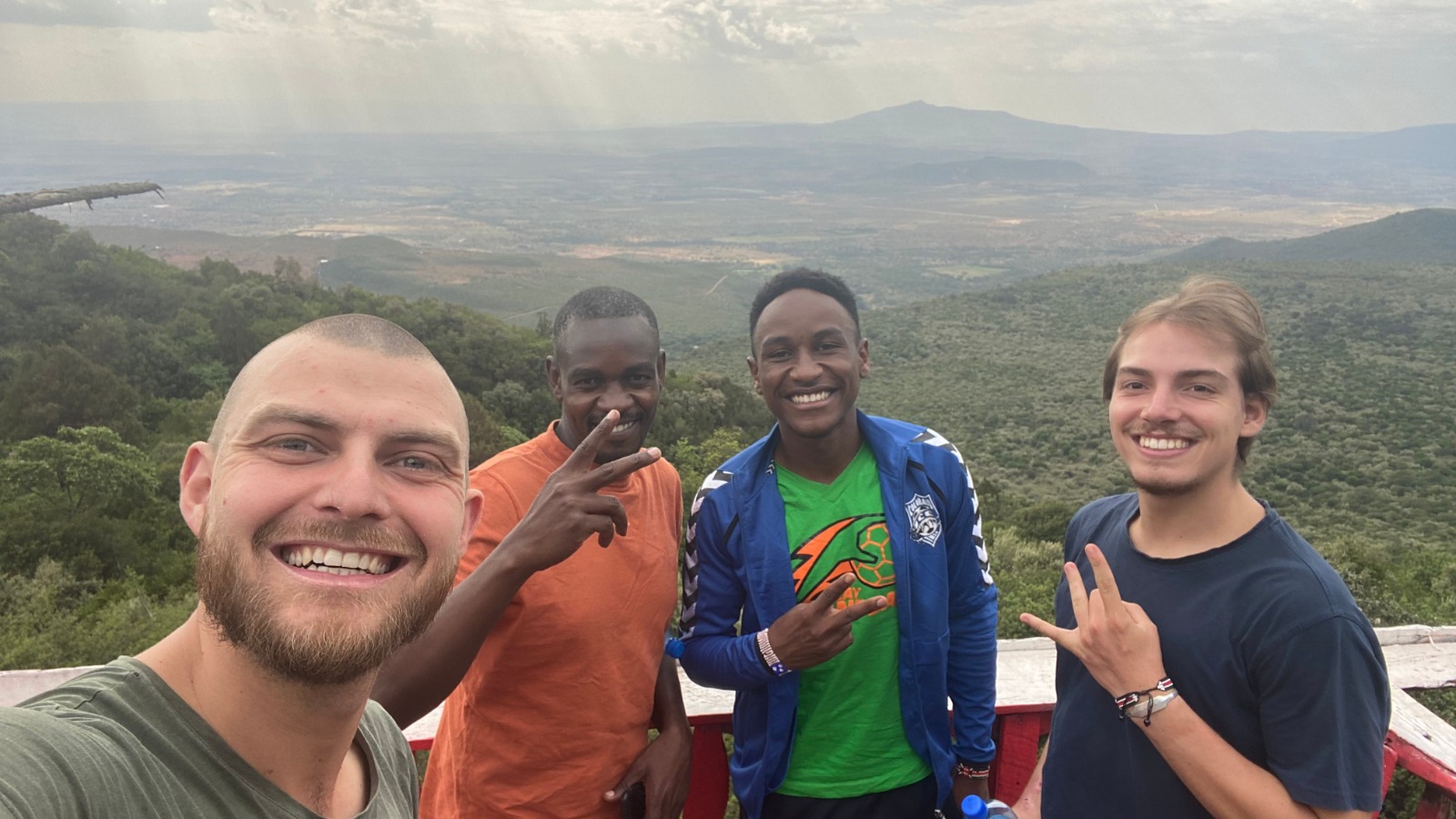 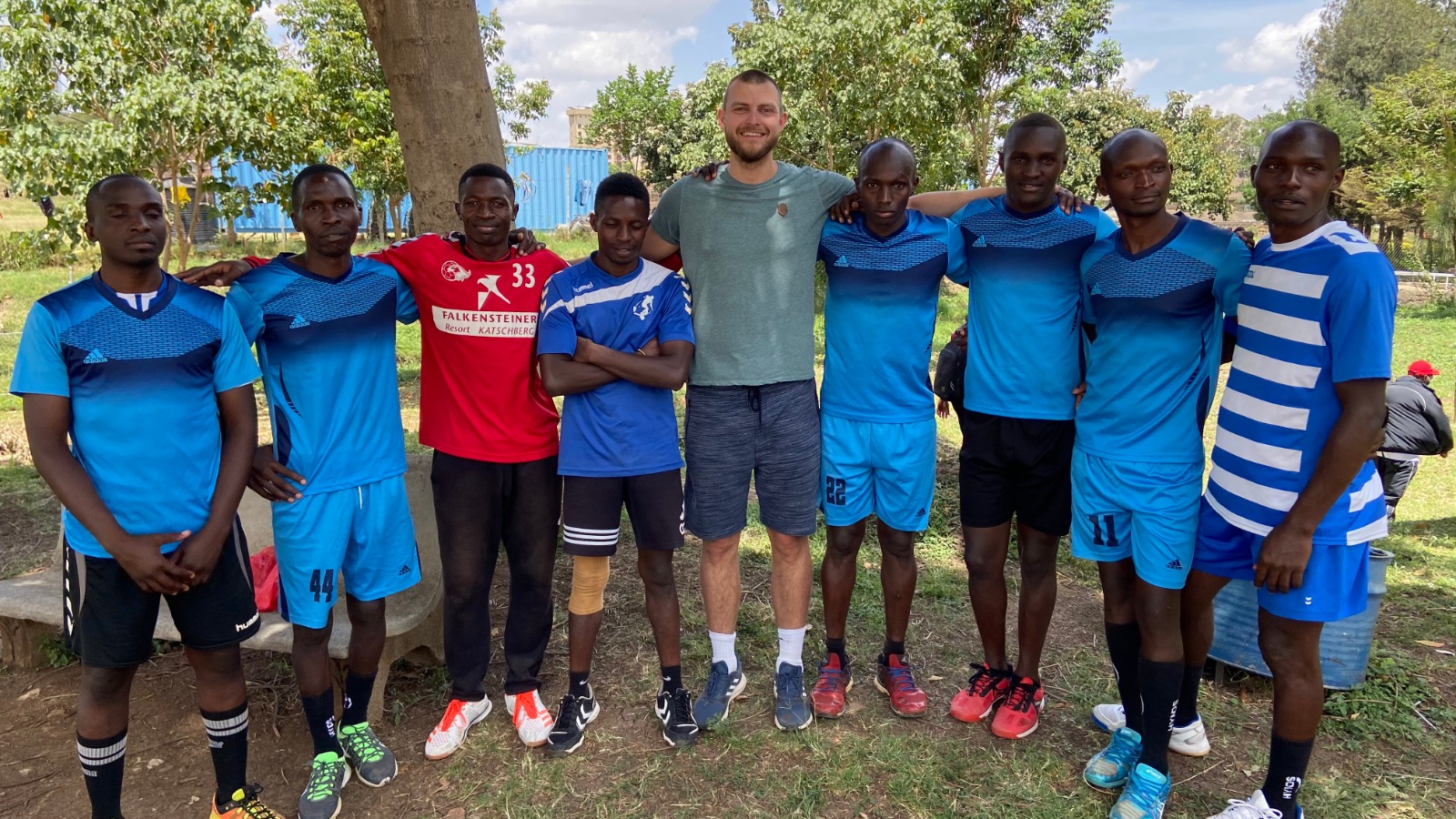 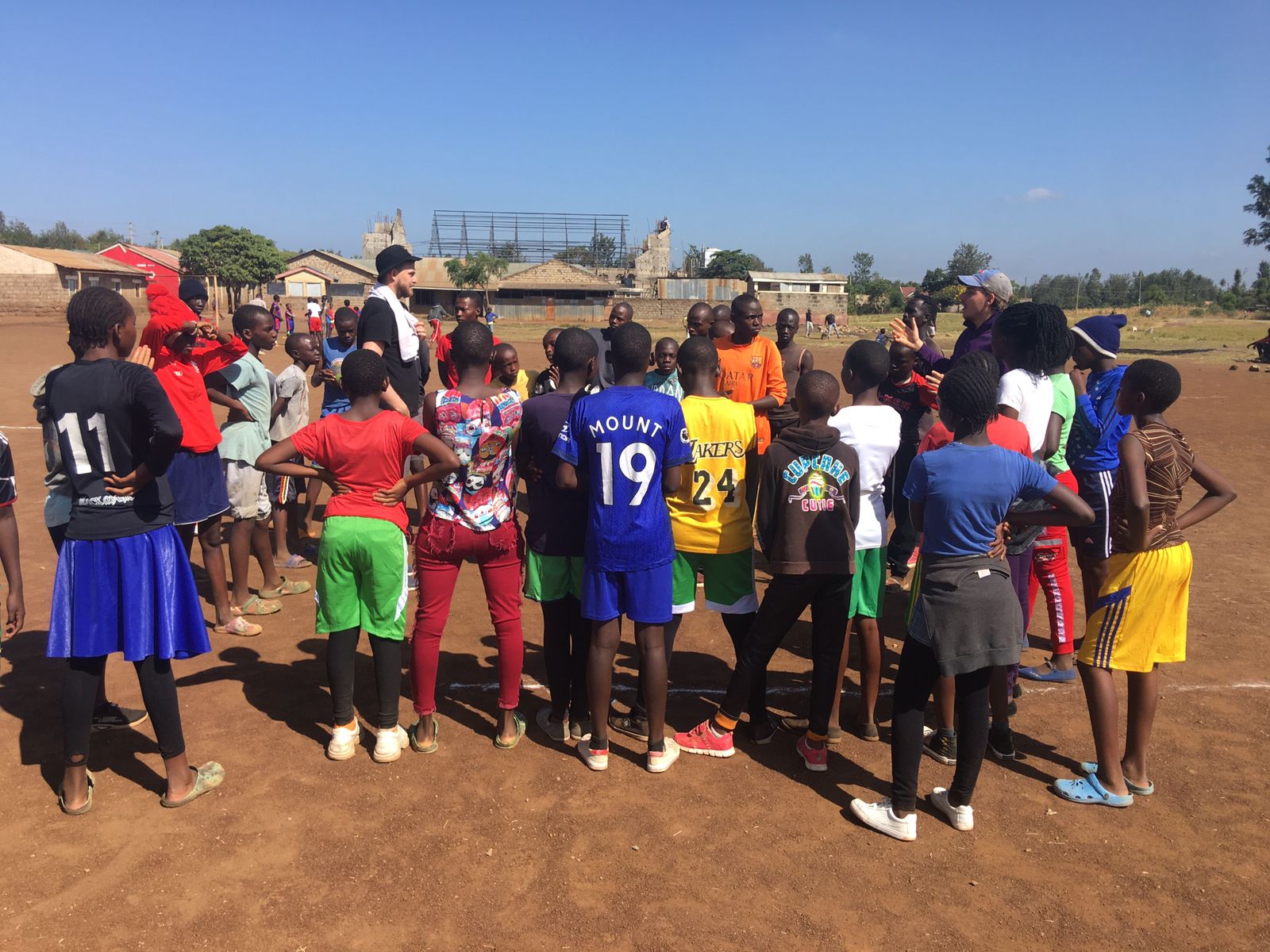 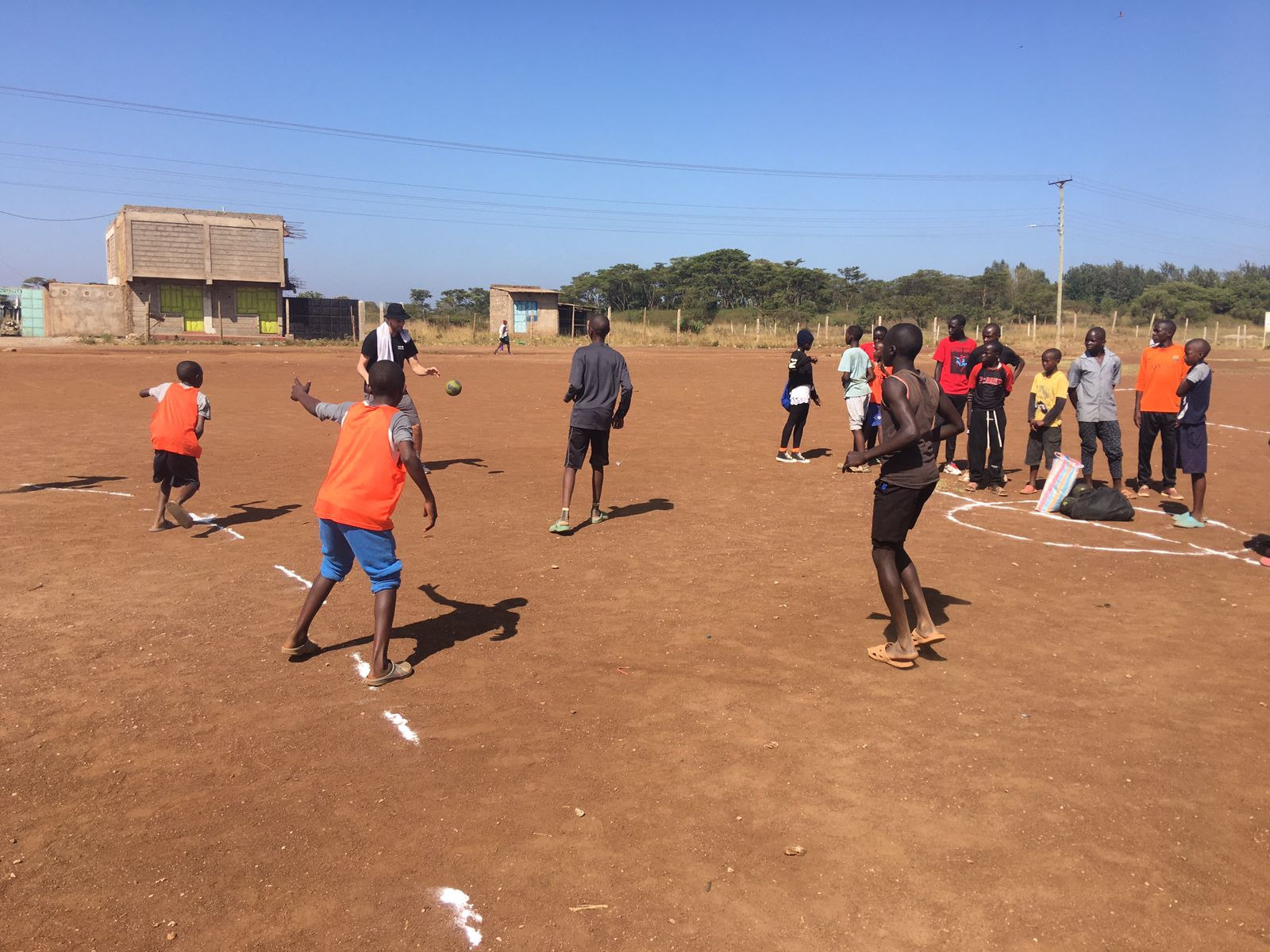 More in this category: Sophia tells about her first weeks in Kenya » Martin Bergers handball experience in Africa » Linah tells about her experiences as a participant of the Trilateral Youth Coaches Encounter » PlayHandball part of the GloKnoCo School in Brussels » Mid-term seminar with our weltwaerts-volunteers » Simon tells of his experiences as a volunteer in Juja » Kick-off-Weekend of the Trilateral Youth Coaches Exchange » Re-launch of the Weltwärts Volunteer Program in Kenya and South Africa. » Community Talk with Mike from Pendo Amani in Juja, Kenya » Handball is growing in Kisumu County – 17 teams at first county tournament in by EmpowerGirlsPlus » Play Handball Corona Aid helps over 1000 people in South Africa and Kenya. » Update PHKE: In every challenge there is always something we can do as a sport for development organisation » Léon reports from his experience as volunteer by our partner organisation Empower Gils Plus in Kisumu, Kenia » Jasper is one of the first volunteers in Kenya and reports from his experience » German Handball Stars are so polite – Kenian Play Handball Coordinator travels to Germany » PendoAmani in Kenya & PLAY HANDBALL initiate Handball After School Program » Play Handball Volunteer Programme extends to Kenya » Supercup inspires over 450 children in Africa » Karibu Kenya! Play Handball Supercup in Kisumu » Handball for UNSDG13 Climate Action – Workshop & Clean-Up » Get your own Calendar of “Memories of Joy and Unity with Handball” for your donation of 25€ and more » PLAY HANDBALL starts in Kenya in 2017 » Partnership for handball development between Germany and South Africa: Short-term handball development project financed by means of German Federal Foreign Office »
Previous Post Simon tells of his experiences as a volunteer in Juja
Next Post Mid-term seminar with our weltwaerts-volunteers